Designed a digital product, that organises Amateur soccer and basketball leagues for the people of Texas. It's a mobile app that allows players to sign up to leagues, manage their teams and track their stats. 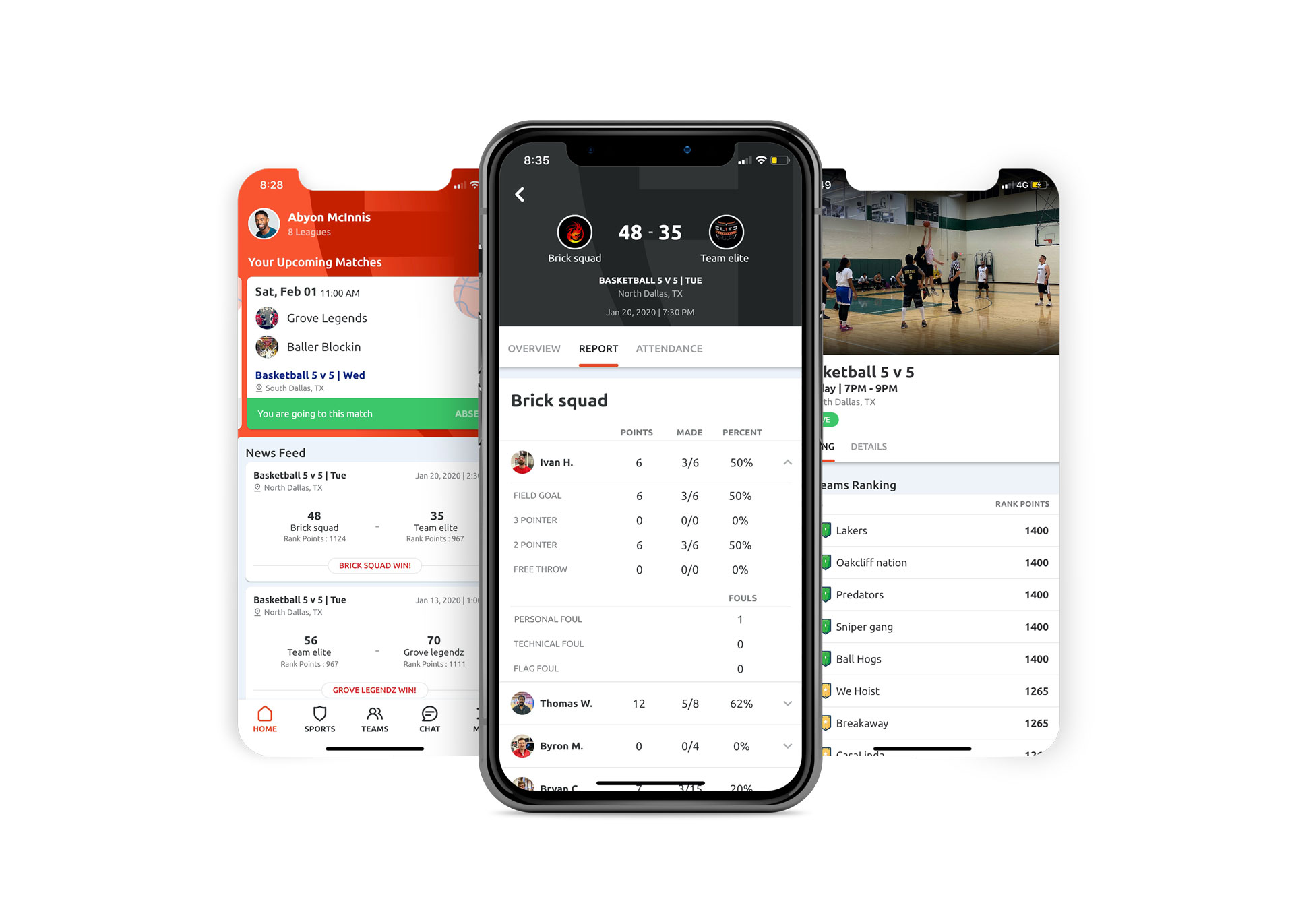 It all started with

I received this project with an already established proof of concept. The owner of the platform had designed and developed a basic version of the app using a no-code platform bubble.io. They had reached a cusp of expansion and hence needed our team to redesign the app to make it scalable, and re-develop it with a much more stable technological architecture.

My job was to re-structure the information architecture, rethink the current features and integrate new features that improved player engagement and re-design the UI for the player facing app.

I started out this project by working with an intern who pulled apart each and every flow of the existing app. Going through this deconstructed version helped me understand the underlying goals behind the existing features and work better towards optimising them. This, along with countless conversations with the clients and internal brainstorm sessions with the team helped me create a pool of all the possible features that could go into the app that aligned with the business vision. These features were then divided into the ones that were of immediate need to get the product up and running as soon as possible, and the features that could potentially be added later on. This helped us efficiently plan a roadmap.

Once we had the features locked in, I started crafting up an information architecture for the new app. After multiple review cycles with the team and the clients, I had a basic structure of the app using which i could start work on the screens of the app. I created a few wireframes to the right sense of direction of the app, but due to limited amount of time, it was important that I worked in an agile manner. So I quickly switched to designing the screens of the app with the visuals and the style guide applied.
This not only helped us move the project along faster, but also helped the client get a peak into the final version as soon as possible, which opened up the gate to better reviews and feedback.